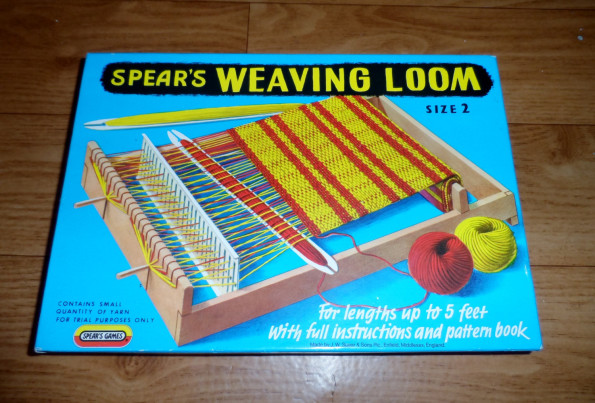 Weaving toys past and present

Although it always seems as if some of the ancient skills are on the brink of being consigned to history, they do have a way of reinventing themselves. The recent Loom Band craze which peaked in 2014 and the Cra-Z-Knit are two of the latest iterations of the loom which you can currently buy.

Loom Bands were massively popular among both girls and boys however most marketing for modern loom toys is targeted almost exclusively at girls. What would our John Croke have made of this idea?

The Spear’s toy loom pictured here was made from the 1950s through to at least the 80s. Did you have one? Leave a comment below if you recall playing with a loom or other weaving toy.

One thought on “Weaving toys past and present”