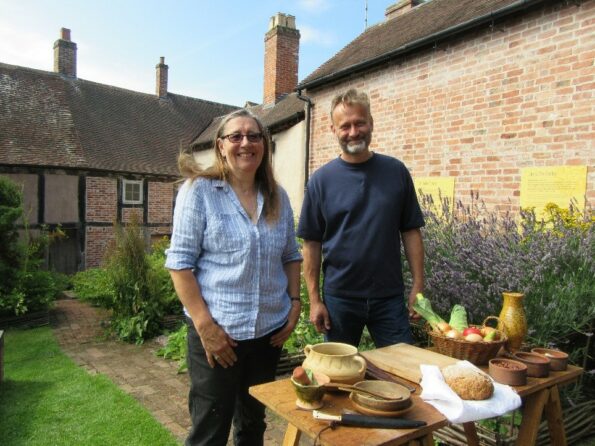 Pottage (a type of thick soup) was made using a variety of ingredients including some sorrel from the garden. During the filming, Christine revealed a fact about the medieval traditions of fish eating which took place every Friday. Apparently, this included anything which lived in or on the water so extending the scope of ‘fish’ to include ducks and even otters! The programme will be shown in the springtime – so stay tuned!

You can come and see the garden for yourself at our 2022 Open Days at the house which begin on Saturday 9 April. Our Open Days run throughout the spring and summer seasons and include Heritage Open Days in September.

2 thoughts on “The Great British Dig comes to Coventry”