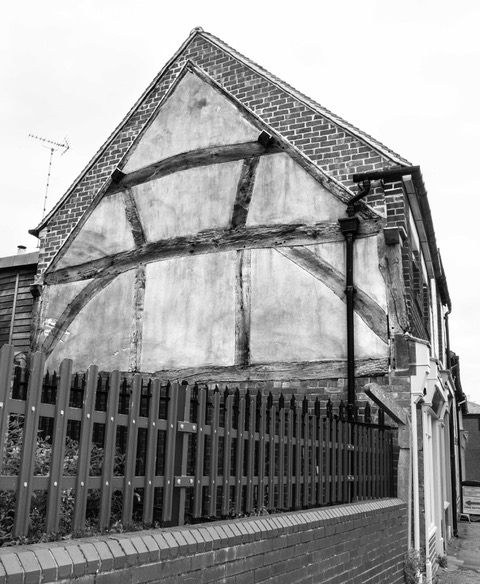 Seven features of The Weaver’s House

We’ve put together a little photographic tour highlighting some of the interesting features of The Weaver’s House.

The past meets the present where these timbers join. During the restoration new oak was used to repair the medieval building, which dates from the 1450s. Over 500 years had passed between the placing of these timbers. 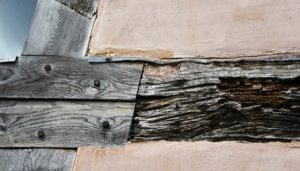 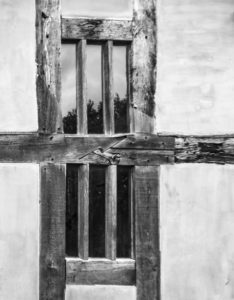 The window showing the reflection of the Tudoresque garden reflects the changes the house has been through. The window is where Joseph O’Neil, resident in the late 19th and 20th century, sat inside at his workbench looking out onto the garden. The window now has glass, which it wouldn’t have had when the house was originally built. 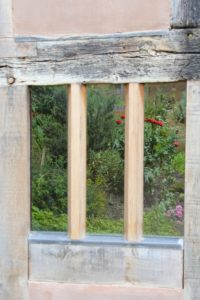 Looking out into the garden.

These were a later addition, as in the original structure there were no extra levels at the front of the house. Changes to living arrangements brought the additional levels in later. Now the house has come full circle with the floors being removed again to create the 1540s appearance. Pause to think of all the feet that have travelled them, including a documented memory of Joseph O’Neil running up them to get his pocket watch and late wife’s rosary beads during the Blitz, the only possessions he was able to take as the rest was either damaged or looted. 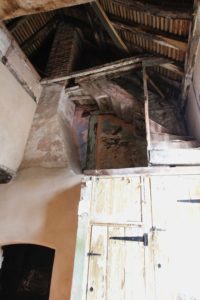 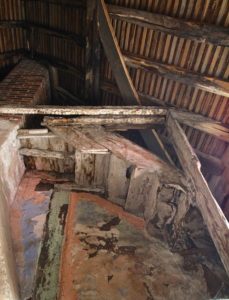 This photo shows the skeleton of the terrace and how it was built. You can see the original wooden structure and the addition of bricks and new roof lines. 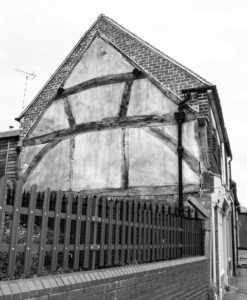 A far more modern feature. Layers from different times reflect the popular style and colours of the day. These interesting layers were left deliberately during the restoration. 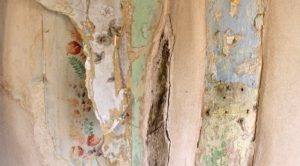 The garden is laid out now as a Tudor working garden, to show the type of plants used for cooking, medicinal and household use.  Over the years it would have become, more of a yard, toilet area, and in built on with the ‘Coventry Court’ buildings. It was a terrible mess by the 1990s when it was rescued by SEBPT, and a lot of hard work has gone into it to restore it. It’s now a very pleasant, peaceful place to spend time, and hard to believe it is so close to the ringroad and city centre. 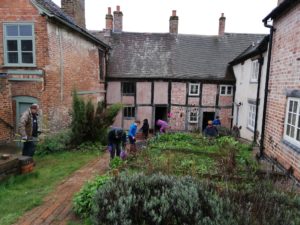 As well as the interesting architectural features of the house, there is the personal history connected by families that lived there and in the rest of the terrace. Add to that the people today who are relatives of those previous residents and again we are connecting past with the present in a living history. We can glimpse into these families’ lives from archive research and from relatives’ stories and photos. We have had descendants from around the world visit us, fascinated to see where their ancestors lived, and walk in their footsteps.  We have an ongoing research project to learn more about the lives of the families of Black Swan Terrace. This photo was from 2018, when we held a special open day to celebrate these families. 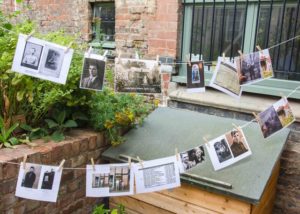 Thanks to volunteer (and herself a descendant) Clare Chamberlain for supplying the fantastic photographs.