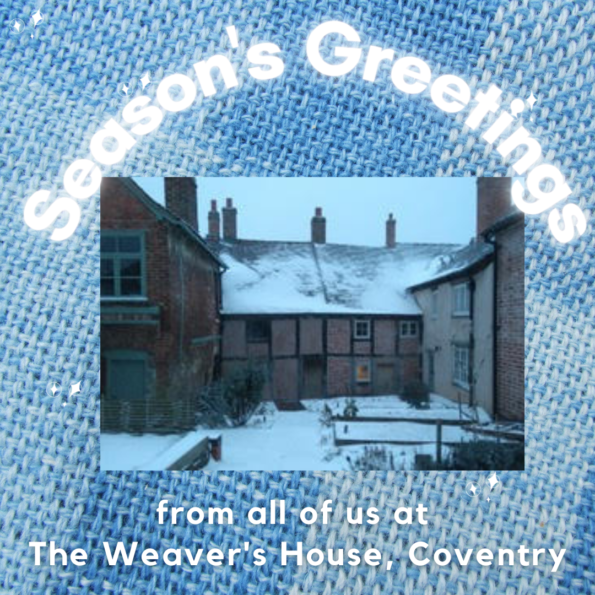 Another year winds up…

A year in which challenges to opening our tiny building continued, but come the summertime, we were able to offer several Open Days to the public. Things were not completely quiet in the springtime either, with volunteers busy in the garden to keep it flourishing and create a new brick paved area using reclaimed bricks. This new area allowed extra outdoor display areas when we were finally able to open. The other garden work such as installing hurdle style fencing, which was begun in March 2020 was also completed – over a year later than it began!

Although there were some limitations on activities that could be offered, visitors’ feedback showed that the house was as fascinating as ever. With garden displays including eco-printing, spinning, fleece-to-wool process and more, there was plenty to enjoy. A huge thank you to everyone who made this happen.

Wishing you a peaceful Christmastime and best wishes for 2022 from all of us at The Weaver’s House.