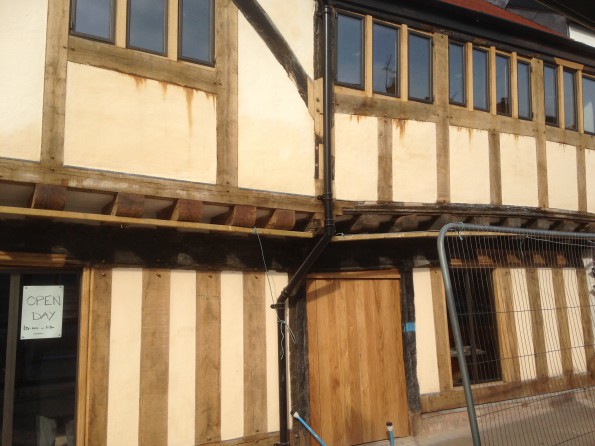 On Saturday 27 February, there was a one-off opportunity to see previously concealed medieval features of three houses at 31, 32 and 33 Far Gosford Street.

Similarly to our houses on Black Swan Terrace, the original characteristics had been gradually covered by developments through the ages. 32 and 33 were originally one property, a ‘hall-house.’ Number 31 was a real hidden treasure as so much of its medieval origins were completely covered, and due to this it is unlisted, unlike its neighbours.

A carefully managed programme of restoration using traditional methods has brought the houses back to beautiful life again. There was a big queue of people waiting to take a look for themselves at the open day. It was worth the wait to take a glimpse at Coventry’s hidden past revealed, and sensitively restored. 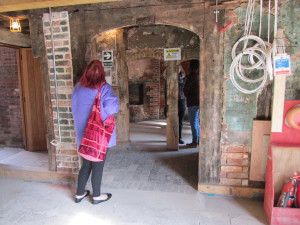 Inside the medieval ‘hall house’, originally one property, at 32 & 33 Far Gosford Street. 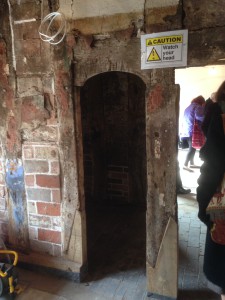 An arch inside the hall-house. 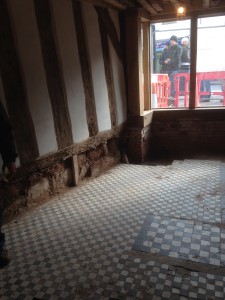 The rediscovered medieval house at number 31. 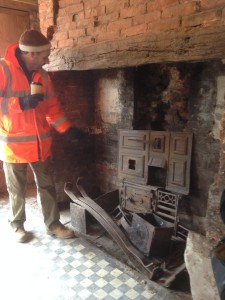 Brian Harrabin of Complex Development Projects, the company behind the restoration, explaining this oven in number 31 is a later addition, but has been concealed for years. 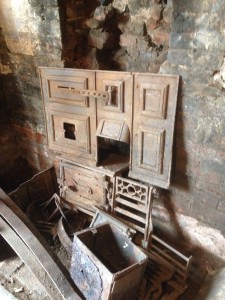 New beams support the originals. Although some of these details will be covered up again, original features have been left to preserve the story of the buildings. 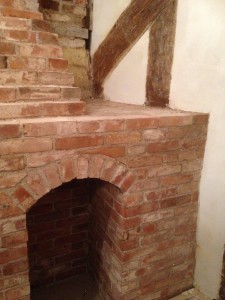 This fireplace was added later, as you can see, it partially covers the medieval structure. 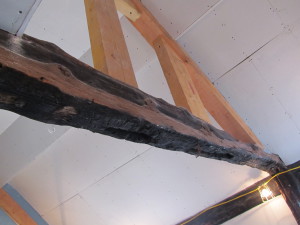 A blackened timber beam showing damage incurred during the Blitz. 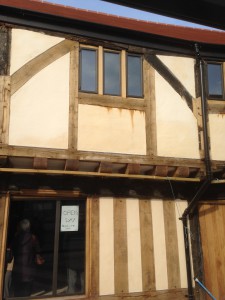 The window casements are bronze due to the way the tannin in green oak reacts with other metals.

Seeing around the houses was a real privelege. It was quite magical to see the hidden details revealed. They are destined to be revived as residences and commercial properties, thus hopefully ensuring their survival for many more years to come. Although the properties are unlikely to be accessible to the public again, it looks like this glass panel on the lower level of 32/33 is intended so a little bit of their history will be visible? 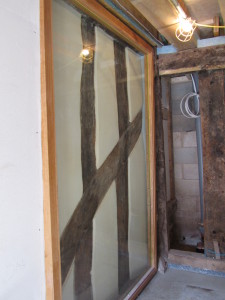 This Coventry Telegraph article has a gallery including images pre-restoration.