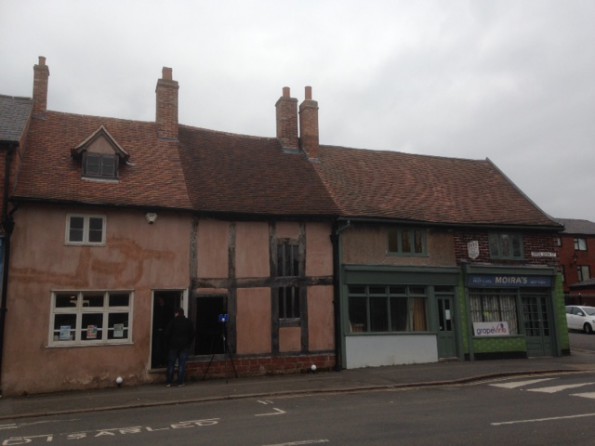 On Monday 21 March, some curious symbols and devices appeared in the Spon Street area. 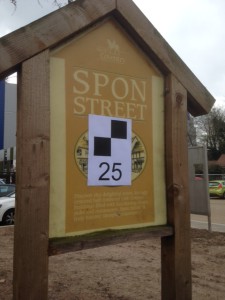 One of the symbols on Spon Street. 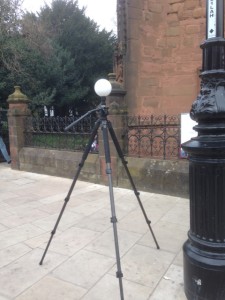 What is this mysterious item? 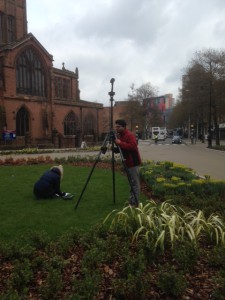 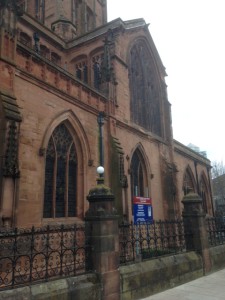 The white spheres are uses as anchor points to join the scans together.

Together the team will use the scans to create a virtual reality, multi-sensory model of late medieval Spon Street. We were very excited that The Weaver’s House was to be included in the project! 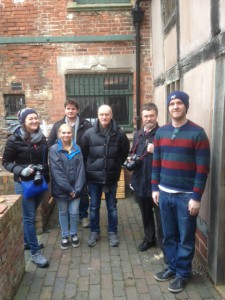 The team on site at The Weaver’s House. 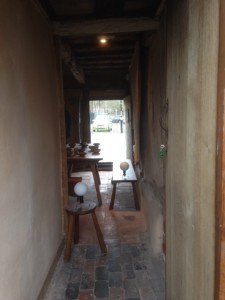 White spheres inside The Weaver’s House. 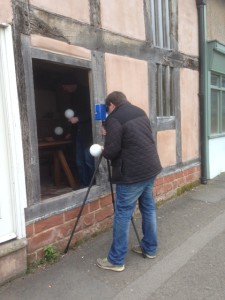 It will take many weeks for all the scans to be meshed together but we have been given a preview of how the scans will start to take shape. 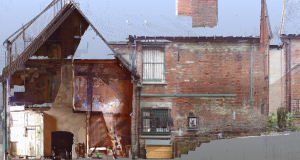 Laser scan of The Weaver’s House.

We’re really excited to see the project progress to its next stage and will hopefully be able to bring more news on it soon!