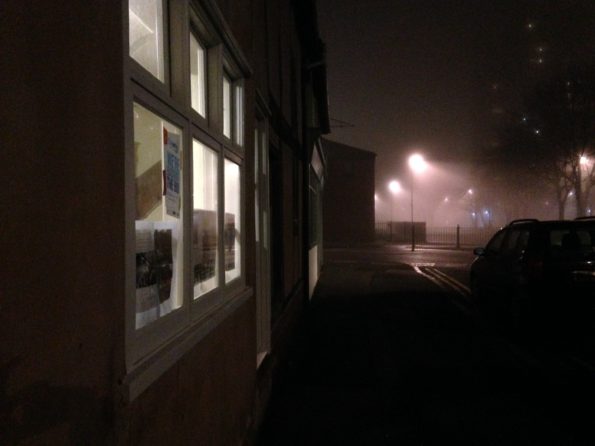 2017 was a massively successful and memorable year at The Weaver’s House, so without ado, here’s a whistle-stop tour of the highlights. From a sunny start in April with a day of fun and Tudor Games we enjoyed consistently good visitor numbers and fantastic feedback. The ‘Old May Day and Crafts’ Open Day featured guest stalls throughout the house and garden, welcoming craftspeople from Warwickshire Craft Circle, Quite Contrary Baskets and Byatt’s Brewery. The June Open Day coincided with World Wide Knit in Public Day, so knitters convened in the garden for sociable crafting. 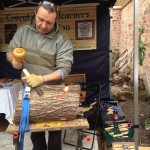 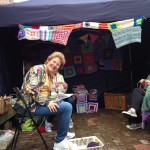 Knitting central in the gazebo! 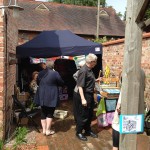 Visitors enjoying the sun in the garden.

July was non-stop, with stalls at both Godiva Festival and Lunt Roman Festival. Plus not one, but two open days, including our big celebration of ten years of the house being open to the public and a well-earned party for volunteers.

Heritage Open Days in September is always a big weekend for us and on the Sunday we had the finale of our tenth anniversary weaving project Coventry Blue. Throughout this year, visitors to The Weaver’s House contributed to this hands-on project, run by the Weavers’ Workshop and on the Sunday it was finally finished. Coventry Blue then took second prize on the Spon Spun Art Trail, even though it wasn’t on the official voting list! 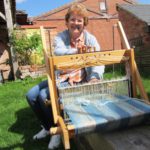 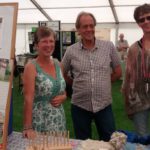 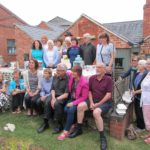 What a fantastic year! Last night we convened on a misty and mysterious looking evening to discuss plans for the upcoming year… there are a few plans in the works that we will be revealing soon! 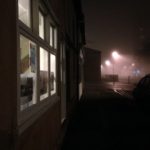 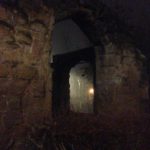 The ruined chapel a few minutes walk away

This year sees us offering some Sunday dates in response to demand from people who would like to visit but work or have other commitments on a Saturday. We do hope that if this is you, you will be able to join us this year, whether it’s for a tour or tea and cake!