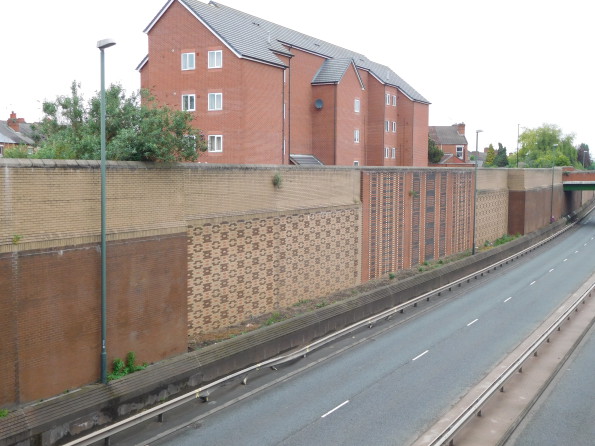 Coventry’s weaving past threads through the city

Coventry’s weaving history is represented in art at various places across the city. But you may have missed this one simply by not realising its significance as you zipped along Phoenix Way* (A444).

Phoenix Way was built in the 1990s along the route of a disused railway line. The detailed patterns in the 8 metre high walls on either side of the road represent the silk weaving trade which Coventry was famous for. 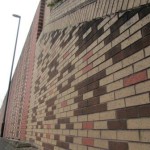 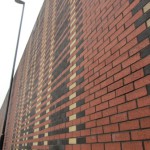 In fact, the patterns are specifically based on silk ribbons in the collection of The Herbert museum in Coventry. 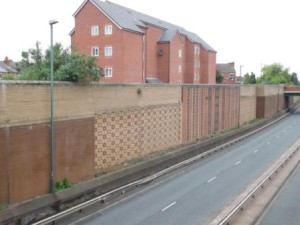 The brickwork was constructed in 1997. 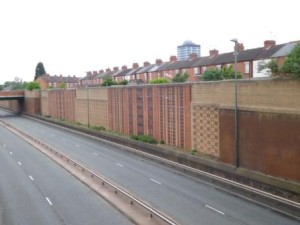 The three vertical patterns represent the three spires of Coventry.

The brick patterns were the work of Derek Fisher and were commissioned by Coventry City Council as part of the building of Phoenix Way. Derek Fisher was a town planner and urban designer whose other projects in Coventry included the design of the Binley Business Park, a canal bridge and elements of Longford Square. 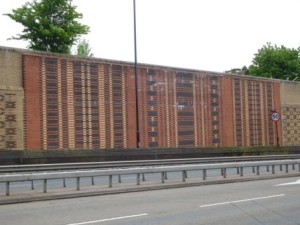 Over 1.5 million bricks form the patterns in the brickwork. 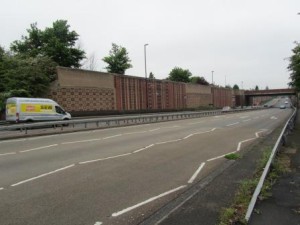 See the brick patterns as they were designed to be seen, from a a moving car.

So next time you find yourself along Phoenix Way, remember that Coventry’s history is literally built into its present.

Can you think of other references to weaving represented in public spaces in Coventry? Let us know…

*UPDATED 2017: Phoenix Way has now been renamed Jimmy Hill Way in honour of the football legend.

With thanks to Jenny Fisher.