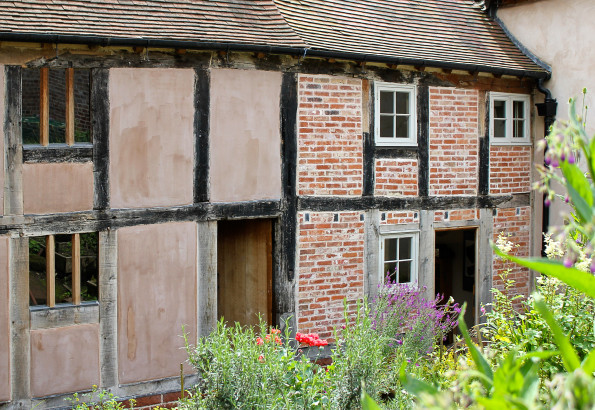 A special version of Monopoly is coming to our city.

We’re excited to hear about a new version of the famous board game to mark the City of Culture year in Coventry! We’re even more excited to know that it is possible to nominate a landmark to include on the well-known format. Nominations must be sent to Winning Moves, who produce the game, via coventry@winningmoves.co.uk or The MONOPOLY: Coventry Edition game Facebook page, or post. You’ll need to be quick, as the deadline for entries is 11.59pm on April 24, full details at the bottom of this post. We would LOVE to see The Weaver’s House featured as we show a unique side of Coventry’s history:

Our little medieval house and the surrounding buildings of Black Swan Terrace were built in 1455 on Spon Street, one of the most historic streets in Coventry. The terrace of six cottages underwent many changes throughout the centuries and even survived the Blitz. Once abandoned and derelict, they were lovingly brought back to life by a dedicated team of local volunteers! The Weaver’s House building had by far the most original medieval features of the terrace with much of the medieval structure surviving and visible. The Trust was able to restore it to show off its long history, and it now looks much as it would in 1540, when a medieval weaver and his family lived here.

The Weaver’s House is unusual for a historical building of this age because it was lived in by a working class family. Many of these type of buildings are long gone. The Weaver’s House has survived through the centuries by adapting and accommodating the different trades of Coventry from cloth makers and farm workers, through to silk ribbons and watch making, to cycle making and finally, in its last incarnation, in a row of shops. It is now a Grade 2 Star listed heritage building which has regularly been open to the public since 2007, via free Open Days. We celebrated our tenth anniversary in 2017 and recreated our own version of the famous Coventry Blue colour.

People wanting to nominate landmarks and charities to feature in the game can email their suggestions to Winning Moves, who produce the game, via coventry@winningmoves.co.uk or by post to The MONOPOLY: Coventry Edition game, Winning Moves UK, 7 Praed Street, London W2 1NJ. Nominations can also be submitted via The MONOPOLY: Coventry Edition game Facebook page. The deadline for entries is 11.59pm on April 24.