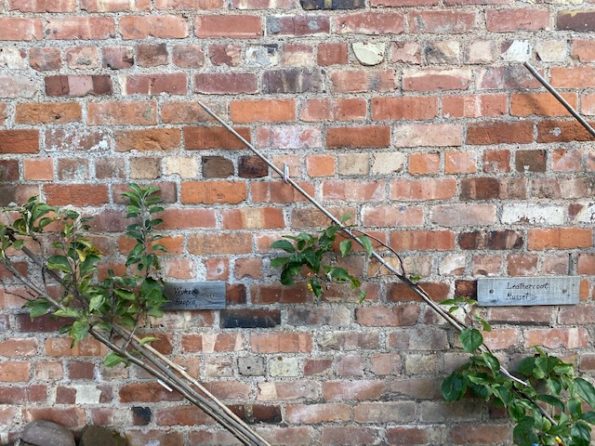 Bringing in the harvest?

Anyone who has been following our updates for a while may recall that a number of years ago we featured the planting of some heritage variety apple trees at the site. This October 31st marks five years since the trees went in! 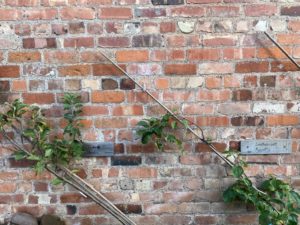 The russet, and the Wyken Pippin.

The apple trees are all English heritage varieties, at least one of which pre-dates the existence of the Weaver’s House itself:

Old Pearmain, the earliest recorded English apple, existing before 1200AD.
Wyken Pippen, which has a Coventry connection. It is thought that Lord Craven took a pip from an apple brought back from Holland or France and planted it at Wyken.
Leathercoat Russet, this apple was once widely grown and referred to by Shakespeare in Henry IV.
English Codlin, a cooking apple which as its name suggests requires only gentle ‘coddling’ to soften. 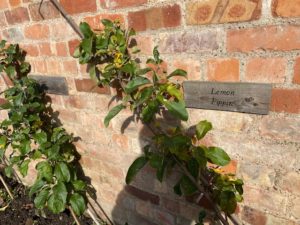 And since the original trees went in, we have added Lemon Pippin, a very old apple, thought to be English or Norman, in existence before 1685. It is an oval fruit, with lemon yellow skin and flesh often covering the stalk, giving it the same shape as a lemon. It has crisp, sweet flesh with a slight tang. It was dried as well as being cooked.

Apples trees take a few years to produce anything much of a crop, so it was exciting to see a good amount of fruit on the trees in early October. However – a mere few days later, all the apples were gone, and the single chomped fruit pictured was the only sign that there had been any at all! 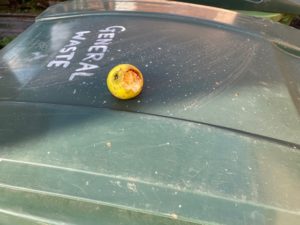 Perhaps some New Year wassailing will bring everyone better fortunes in 2021.

“Gardening is a way of showing that you believe in tomorrow.” Anon