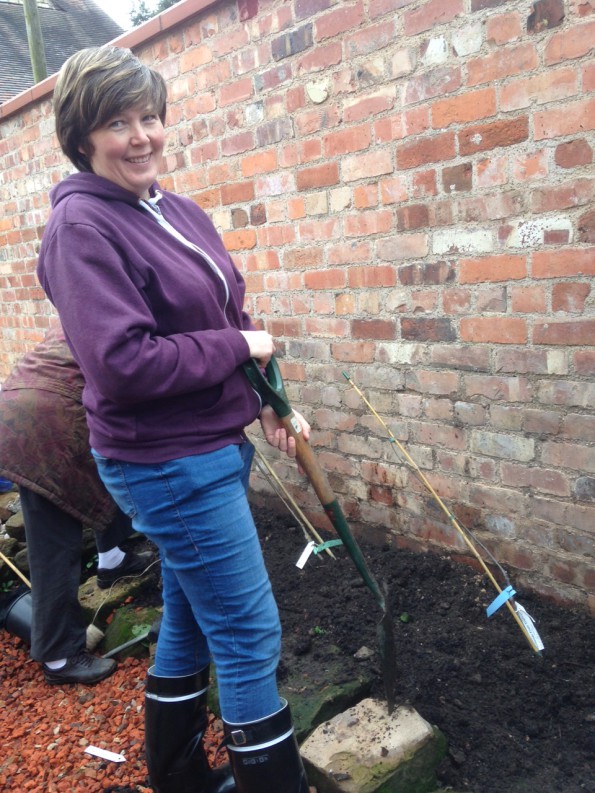 Apple Trees are the fruit of volunteers’ labour

The Gardening group met on 31 October to plant some new additions to the garden – four apple trees. The apple trees are all English heritage varieties, at least one of which pre-dates the existence of the Weaver’s House itself:

Old Pearmain, which is the earliest recorded English apple, existing before 1200AD.
Wyken Pippen, which has been selected for its Coventry connection. It is thought that Lord Craven took a pip from an apple brought back from Holland or France and then planted it at Wyken.
Leathercoat Russet, this apple was once widely grown in Britain, and is referred to by Shakespeare in Henry IV.
English Codlin, a cooking apple which as its name suggests requires only gentle ‘coddling’ to soften.

The planting of these trees was the culmination of months of research and hard work led by gardening volunteer Margaret. It took place on a beautiful autumn morning, unseasonably warm and sunny for Halloween. There was a concern that the planting had hit a literal stumbling block with the discovery of a hefty piece of wood buried right along the bed earmarked for the trees. However this was quickly excavated and the trees were planted starting with the newest variety, Wyken Pippin and completed with Old Pearmain.

The fruit trees were supplied by Bernwode Fruit Trees. 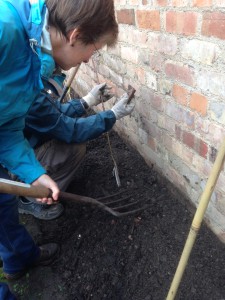 Digging over the bed. 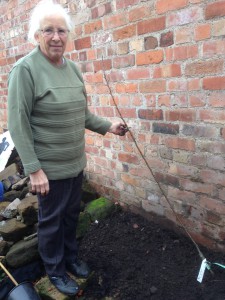