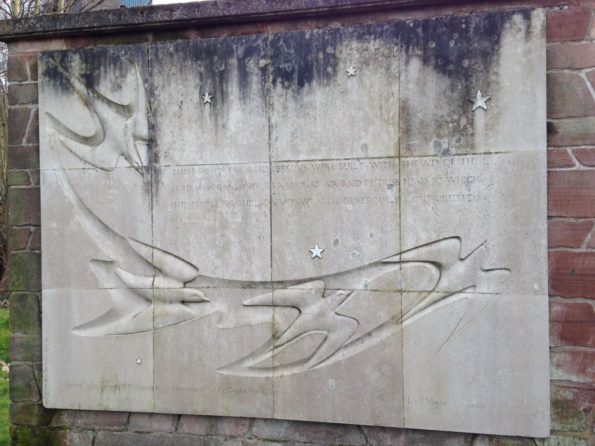 There’s lots of historical interest to see in Coventry, including the area very local to The Weaver’s House. As well as the ruined chapel and Spon Bridge, you can also see this rather later addition to the area:

From The Weaver’s House on Upper Spon St, cross the road and turn left, walking to where Upper Spon Street joins Windsor Street. Turn right onto Windsor Street and walk a little way down and you will be able to turn right into the pedestrianised area of Wellington Memorial Gardens. 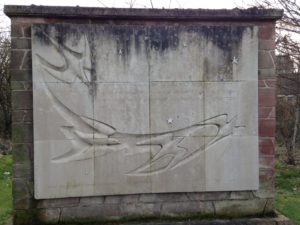 The gardens were named in tribute to the people of New Zealand who contributed to the Lord Mayor of London’s National Air Raid Distress Fund in 1947.  The fund was used to build the gardens and small collection of bungalows designed by city architect Donald Gibson. This plaque, made of Hoptonwood stone was originally part of a community building which was demolished in 2011. The bungalows and garden area still remain.

The text on the plaque reads:

“These homes for aged persons were built with the aid of the Lord Mayor of London’s National Air Raid Distress Fund to which the people of the Commonwealth generously contributed.” It is dated December 1951.

The plaque was designed by Walter Ritchie, whose work can also be seen in Coventry on the outside of The Herbert Art Gallery and Museum (two large stone reliefs called Man’s Struggle) and in the Belgrade Theatre (a carved wooden dove located on the foyer stairwell).

You can read more about Walter Ritchie on the Coventry Society website.