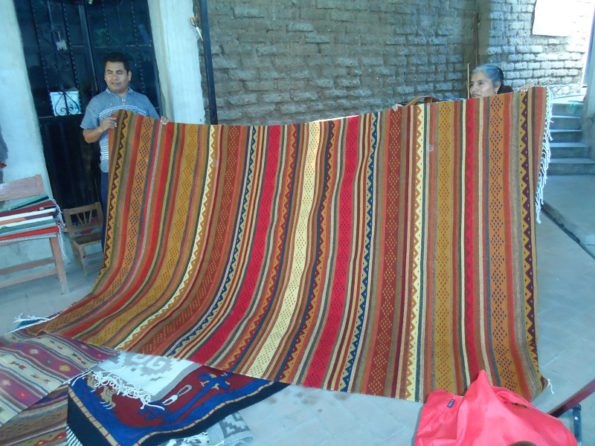 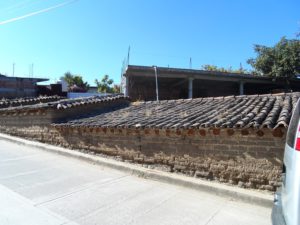 Our trustee Dr Nat. Alcock made a recent visit to Mexico and during his stay he visited a traditional weaver in the village of Teotitlán del Valle in the south of the country, near the town of Oaxaca. This was fascinating, as the methods and equipment were very similar to ours, as you will find: 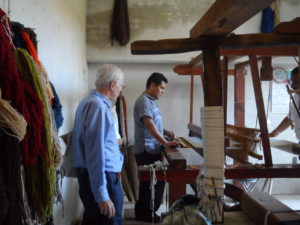 Nat watches a demonstration by the weaver, Faustino, on the main loom. 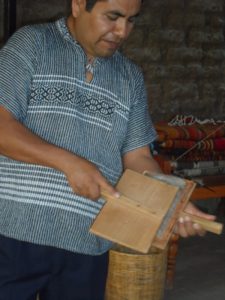 Carding the wool before spinning. 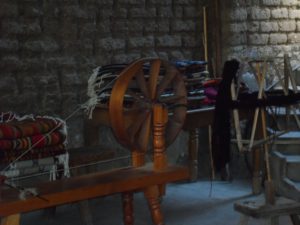 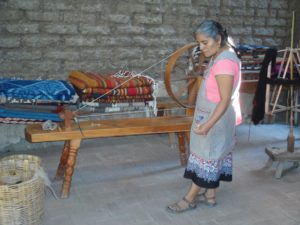 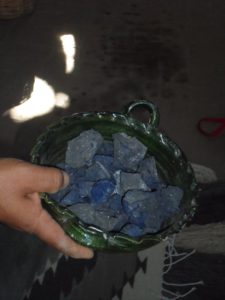 Another familiar sight, this time it’s woad dye from a plant growing on the coast. It was used for patterns of varied hues of blue, the depth of colour depending on the dyeing – first, second or third batch. 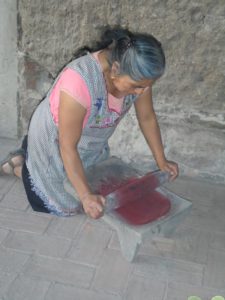 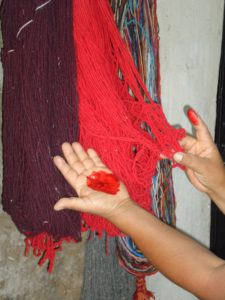 More natural dye, here a grinder is being used to crush cochineal, with the resulting red dye shown on the wool hanks. The famous cochineal beetle [grana] which is found only on a particular cactus it produces varied hues, depending on the pH. Cochineal is commonly used as a food dye.

Other natural dyes used were:

Yellow, either from marigold or a lichen 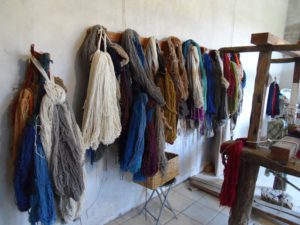 Some of the hanks of wool dyed with natural dyes. 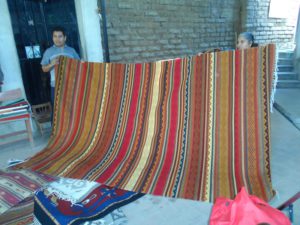 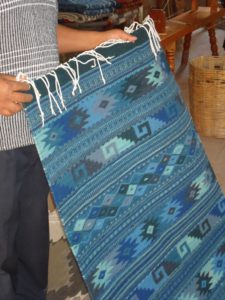 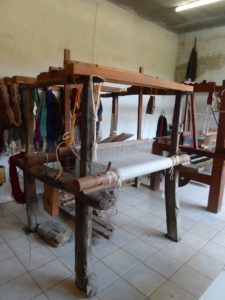 An old loom, dating from around 1900. It belonged to Faustino’s great-grandfather, and has been restored. 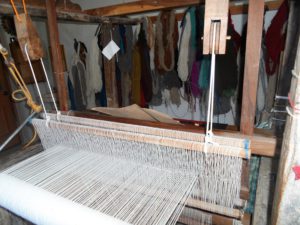 Some very familiar weaving sights! Take a look at our Gallery page to spot the similarities.

Our thanks to Faustino Ruiz and his wife Ludivina for sharing their weaving expertise.