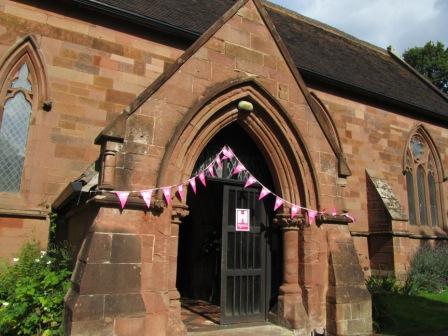 Other Places from the Past: All Saints’ Church, Allesley

November 1 is All Saints‘ Day, also known as All Hallows’ Day – being the day after Halloween (All Hallows Eve).

An appropriate day then, to have a look at another local gem, All Saints’ Church in Allesley Village. We explored the church when it was open for Heritage Open Days this year, where we had a warm welcome and some delicious cake. 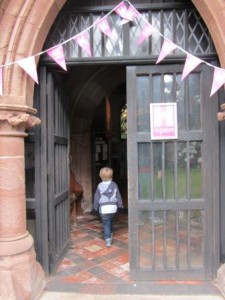 The church dates originally from the twelfth century, although is primarily a thirteenth century building. It is made of red sandstone like St Catherine’s Well, featured in this earlier post. 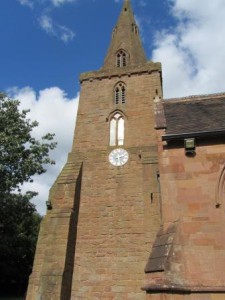 The spire in Early English style.

If you have time to explore, you will be able to seek out the remains of the early chapel in the south arcade area, spot fourteenth century additions, Victorian redesigning and modern roofing – this is a building which has served a community for a very long time and has been developed accordingly.

There was plenty to see inside; a stone and marble font, a war memorial to local soldiers and some Victorian-era stained glass, amongst many other features. The church was heavily ‘restored’ in the 1860s which means some of the original aspects have been lost.

There are also numerous mice to spy all around the church – of the carved wooden kind! 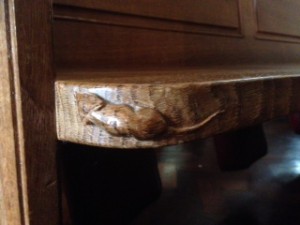 Mouseman furniture in All Saints’ Church. 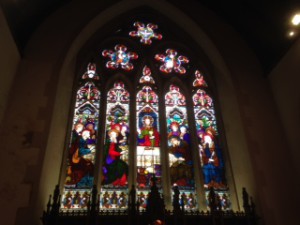 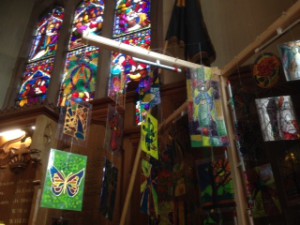 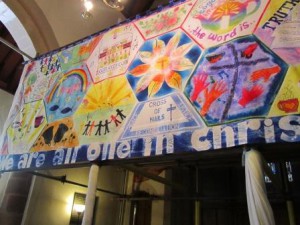 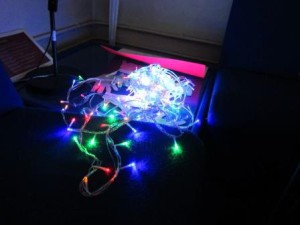 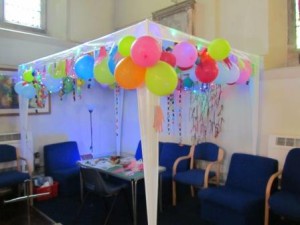 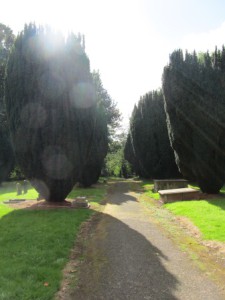 The churchyard with large yew trees.

There is plenty to see at the church, interesting from social history and church architecture points of view, and it’s even a Pokemon Go gym as well.

Find out more about All Saints’ Church here.