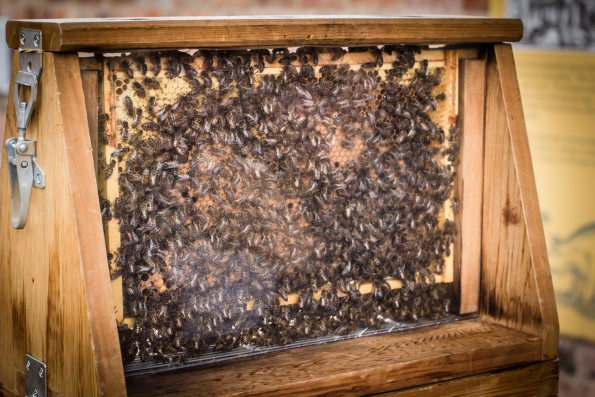 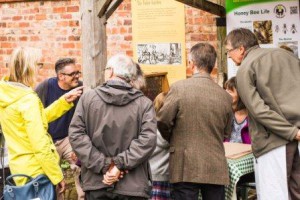 Guests at the Heritage Crafts Open Day in June included a hive full of bees courtesy of Coventry Beekeepers Association who also demonstrated the crafts of skep-making (traditional bee hive) and candle rolling. 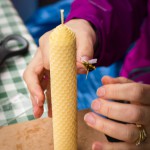 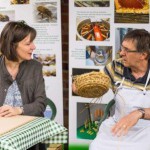 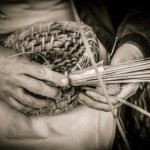 The Weavers’ Workshop used a lucet – a traditional tool –  to make simple braids which were used to make a children’s trail around the site.  They also made inkle braids – narrow strips used for belts and straps. 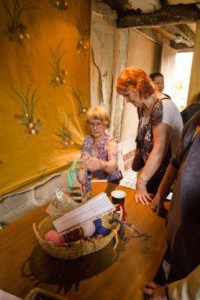 Warwickshire Art & Craft Circle provided woodcarving and patchworking and the Coventry Branch of The Guild of Weavers, Spinners and Dyers were on hand to demonstrate spinning. 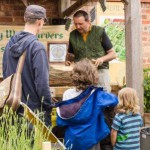 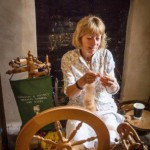 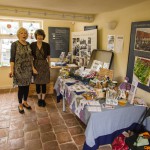 All this and a tearoom full of heritage cakes as well – which was empty by the end of the day! 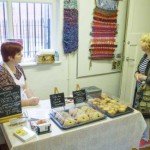 Some of the heritage cakes 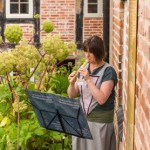 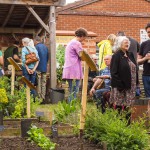 The crafts day was judged to be a success despite some showery weather and it is hoped to run a similar event next year. 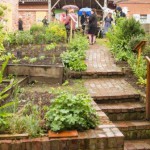 Showers didn’t spoil the day for these visitors 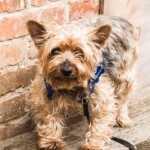 A canine visitor unbothered by the showers 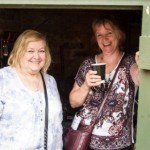 Visitors shelter from the rain

In the meantime The Weaver’s House will be open again on Saturday 9 July from 11am until 4pm.