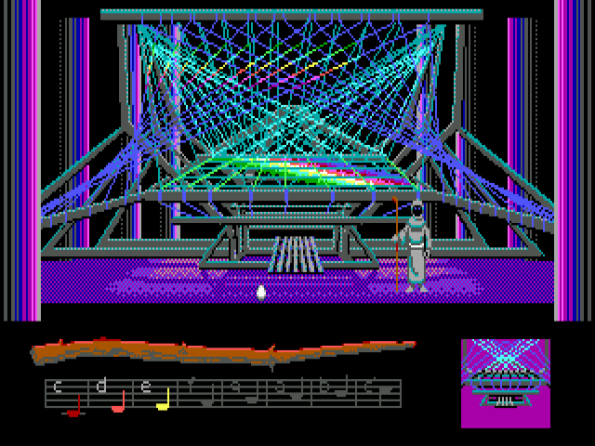 Out Christmas shopping, we were pleased to see weaving still has a place on the high street, spotting these looms in Flying Tiger recently. 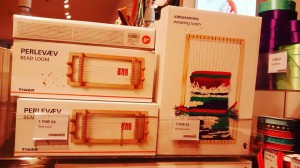 We previously considered vintage and new weaving toys in this post, but how about something a bit different? Who remembers this game from the 90s? 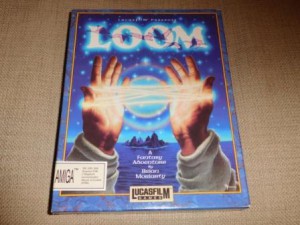 LucasArts were well known in the 90s for their highly regarded, pop-culture referencing hit adventure games such as Day of the Tentacle, Sam & Max Hit the Road and the legendary Monkey Island series. Loom was rather different, set in a fantasy realm where magic, music and weaving are intrinsically linked to the ‘fabric’ of reality. It references guilds, patterns and the hero is named Bobbin Threadbare!

Bobbin carries a magical distaff which he uses to weave spells which are a sequence of four notes in various permuations. The game came packed with a ‘Book of Patterns’ notebook to jot down musical notes and ideas during gameplay. 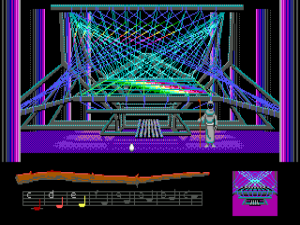 A rather different weaving game, Loom is now available on various platforms so you can have a try for yourself or relive your 90s gaming years if you have some quiet time over the holiday season!