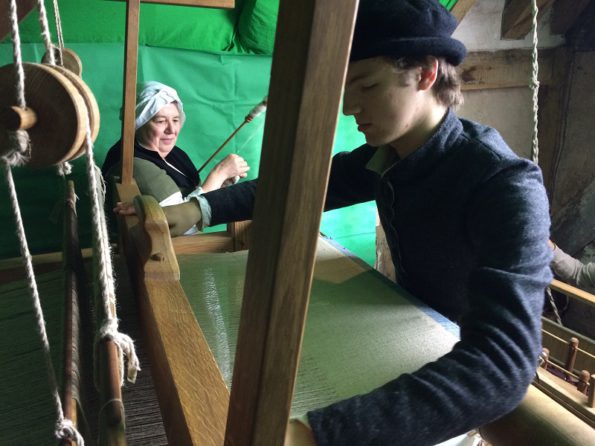 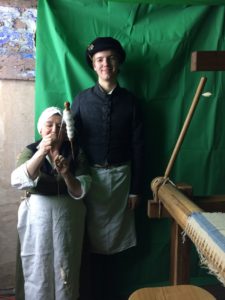 During the winter season, although there are no open days, there are still signs of life in The Weaver’s House! Most recently the house was a location for an exciting filming project. 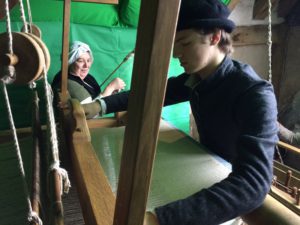 Mark Webb, University of Leicester and Weaver’s House member, worked with PhD students from Warwick University Department of Visualisation and a camera team from Herbert Media to film late medieval weaving, using the Weaver’s House replica loom. This is part of the development of a virtual reality model of Spon Street and its associated medieval crafts. Professional re-enactors Ruth Gilbert and Tim Jenkins were filmed doing weaving and winding quills in costume of the period circa 1500. 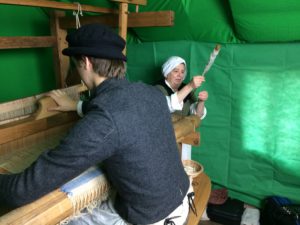 The whole process, including setting up a ‘green screen’ environment for video and preparing the loom, took three days. Two other Spon Street crafts will be filmed in the next few months – tanning and dyeing. Eventually the results will be fed into an overall model of medieval Spon Street, recreating a multi-sensory experience including sights, sounds and smells. We can’t wait to see the completed project! 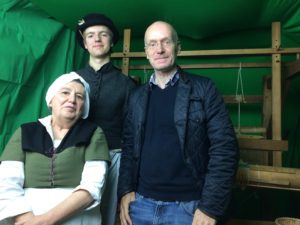