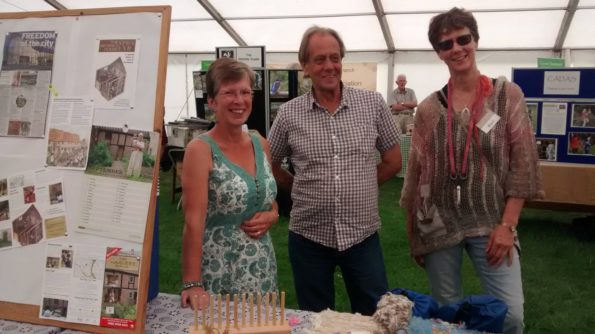 July is all festivals and fun at The Weaver’s House

July has been non-stop at The Weaver’s House! The month kicked off with a gardening day as plenty of sun and a dash of rain plus care and attention has resulted in the garden looking lovely. The following weekend it was both our Reduced Open Day and the Godiva Festival. The Reduced Open Day had fewer visitors than usual, but as it was quieter, there was an opportunity for in-depth discussion on the tour. 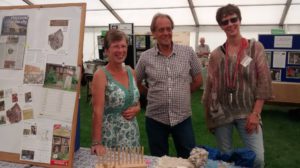 Meanwhile at the Godiva Festival, the volunteers from The Weaver’s House and Weavers’ Workshop had set up in the Lives and Times tent. They took the pop-up loom, plenty of leaflets and tons of enthusiasm! Over the weekend they continued with the weaving project on the pop-up loom, and spread the word on our little medieval gem. It was heartening to hear how many people coming through the tent had already visited the house and were planning to return. 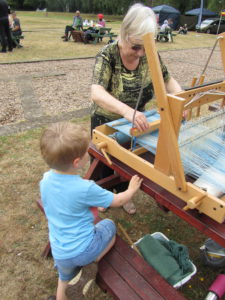 Half way through July, then, and still plenty going on – this time it was the Lunt Roman Festival. Taking place at the partially-reconstructed timber fort in Baginton, and with costumed stallholders and guides all around, it was like stepping back into 60 A.D. The pop-up loom made another appearance for people to join in with weaving a piece of ‘Coventry Blue’. 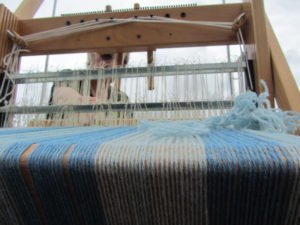 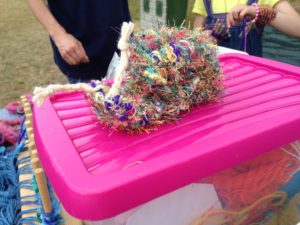 A snail made on weaving sticks by a young visitor

July is due to go out on high with our special Open Day on the 29th to celebrate the tenth anniversary of the restoration and opening to the public of The Weaver’s House and its garden. What a month!

Don’t forget the house is FREE to visit. Drop by, have a look inside the restored medieval house, join in with the Coventry Blue project or just enjoy tea and cake in the pleasant surroundings of our garden.