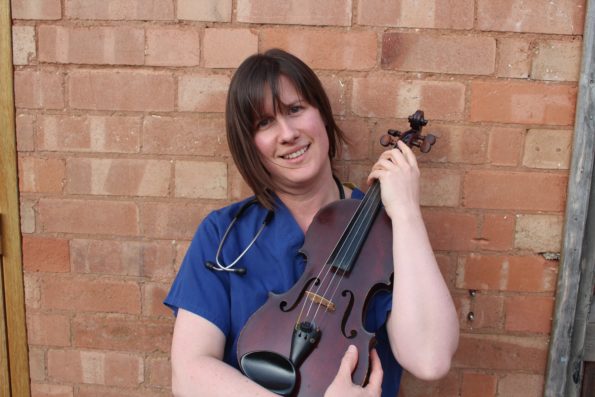 At The Weaver’s House, we are proud that our chairperson, Dr Jenny Waters, will be performing next month in an orchestra of nearly 100 doctors from across Europe. The European Doctors Orchestra will join forces with talented soloists Nicholas McCarthy and Jess Gillam in the unique charity concert: A Musical Journey of Loss, Triumph and Mystery. 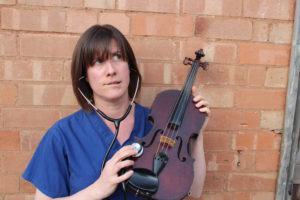 Jenny, who plays the violin, has been working hard to organise an intensive weekend of rehearsals whilst holding down her day (and night) job as an A+E Registrar at University Hospital in Coventry.

Taking place at Warwick Arts Centre on Sunday 3 June at 3pm, the orchestra will perform in support of the OHMI Trust, a UK-based charity pioneering the development and adaptation of musical instruments for those who are physically disabled. 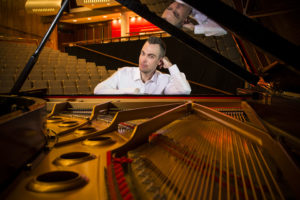 Nicholas McCarthy, who will perform at the concert, was born in 1989 without his right hand and only began to play the piano at the late age of 14. Having once been told that he would never succeed as a concert pianist, Nicholas would not be discouraged and went on to study at the prestigious Royal College of Music in London. In 2012 he became the only one-handed pianist to graduate from the college in its 130-year history and this year he has been awarded honorary membership of the college by its President, HRH The Prince of Wales.

Nicholas commented on the upcoming concert: “I’m delighted and proud to be performing the Ravel Piano Concerto for left hand with the EDO to raise funds for a charity very close to my heart. As an ambassador for OHMI, I have seen first hand the amazing work they do in enabling music for the physically disabled with incredibly innovative adaptations for a wide range of instruments. The Ravel Piano Concerto was composed for a one-handed pianist who had lost his arm fighting in the First World War; I will be performing this work with the thought that the proceeds will enable today’s generation of differently abled people to find their way into music.”

The concert also features remarkable young musician, Jess Gillam, who was the first saxophonist to win the Woodwind final of BBC Young Musician of the Year. She will play a transcription of the baroque D minor Oboe concerto, accompanied by members of the orchestra, commenting: “I am really looking forward to performing a transcription of Marcello’s Oboe concerto with the EDO! The piece is in three movements and I think works fantastically well on soprano saxophone. The second movement will be familiar to many and is stunningly beautiful. The first and third movements are both very characterful and lively. It is a real honour to be a part of this event to support such a fantastic charity and I am sure it is going to be a very enjoyable evening.”

The concert presents a varied and interesting programme under the direction of professional conductor, Simon Wright. From Walton’s triumphant Spitfire and Fugue to Elgar’s Enigma variations, there is much to enjoy in this musical journey.