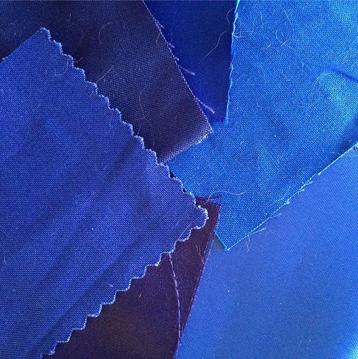 As True as Coventry Blue

A recent question via our Facebook page prompted the discussion among ourselves and the Weavers’ Workshop – so what was Coventry Blue like? 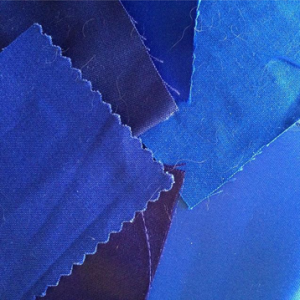 We know that Coventry was a centre for the weaving trade in medieval times – of course! Most famously, Coventry was known for cloth dyed a particular shade of blue “… the marketing of thread… (was) regularly called Coventry blue at the time”.* But we don’t know what that shade was like.  Any archaeological cloth samples would be so affected by light and time that it wouldn’t give an indication of what Coventry blue was truly like.

We can make a good guess that the colour would make reference to the shades of blue produced by woad dyeing.  Woad is a plant which can be used to make dye –  in medieval times it would have been imported as native woad did not produce a good enough dye.* The dye chemical in the woad plant is the same as in the indigo plant which gives denim its distinctive colour, so woad dye would give a colour akin to denim blue, which of course has its own variance. 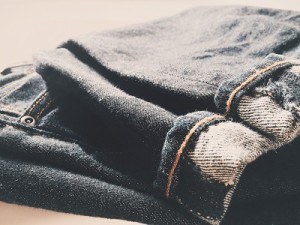 However, it would be affected by factors like how wool takes up the dye and the possible use of alum (chemical compound) as a mordant/dye fixant to brighten the dye. So – a complex process which isn’t documented anywhere and therefore can’t be repeated.

Sara, from the Weavers’ Workshop describes her experience of woad dyeing: “I’ve got dyed samples of wool which vary from a dark saturated blue through to a pale denim blue to pinky blue as the dye bath exhausts.” 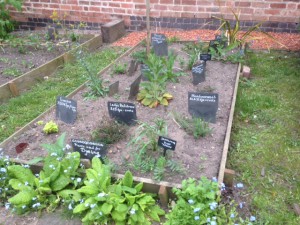 In the garden of the Weaver’s House we grow plants that would have been traditionally used for dyeing, including woad and madder (red dye). This sliding sign in the garden reveals which herbs were used to create which colour. 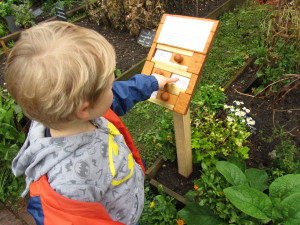 On our next Open Day there will be a demonstration of the craft of dyeing by Sara, as part of the weaving project to celebrate ten years of the Weaver’s House being open to the public.

The fabric may be long gone, but Coventry blue lives on, not only in the expression, but all through the city. There are references to weaving and the blue colour dotted throughout the landscape. Have you joined in with Talking Birds #2021blue project yet? Find out more here.

* True as Coventry Blue Mary Hulton ( The Coventry Branch of the Historical Association, 1995)

2 thoughts on “As True as Coventry Blue”